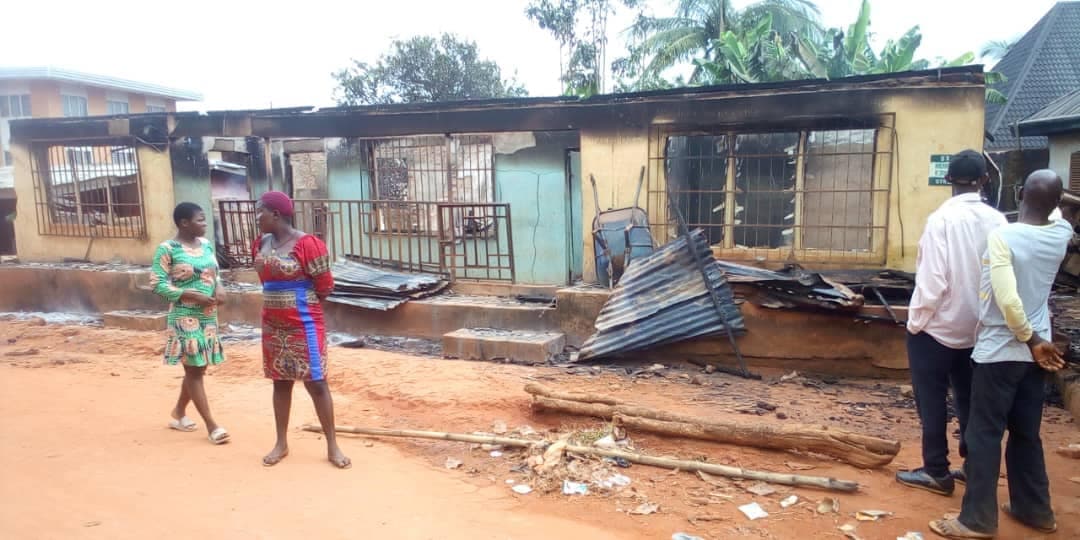 A family in Ukunu village, Umunya, Oyi Local Government Area of Anambra State have been left in tears after their 69-year-old father was killed in a house fire incident.

It was reported that the house caught fire while the deceased, Julius Anyadiegwu and his family were already asleep last night.

Naija News understands that the 54-year-old wife of the visually impaired deceased, Blessing, was rescued alive while one of their children is now hospitalized as a result of the incident.

According to Mrs Anyadiegwu, she noticed the fire outbreak after she started having difficulty breathing in the dead of night.

She said it was one of their sons who rescued her. The boy according to her tried to rescue the father but couldn’t as he was badly burnt.

The cause of the fire outbreak is yet unknown. Residents however suspected it was caused by an electric surge.

Meanwhile, popular Nollywood actor, Femi Branch, has expressed thanks to God after escaping an incident that could have claimed his life.

In a video he shared on his verified Instagram page, Femi Branch thanked God for sparing his dear life after his car caught fire while in motion.

Sharing a video of his burnt BMW vehicle on @chief_femibranch, the actor explained how he was able to escape the incident.

According to him, he had just finished shooting a movie and was heading back to his residence when the car caught fire.

Branch thanked passersby who assisted him in putting out the fire that had engulfed the vehicle.

The Nollywood actor advised his fans to check their cars when their mechanics return them after they have been serviced, Naija News reports.