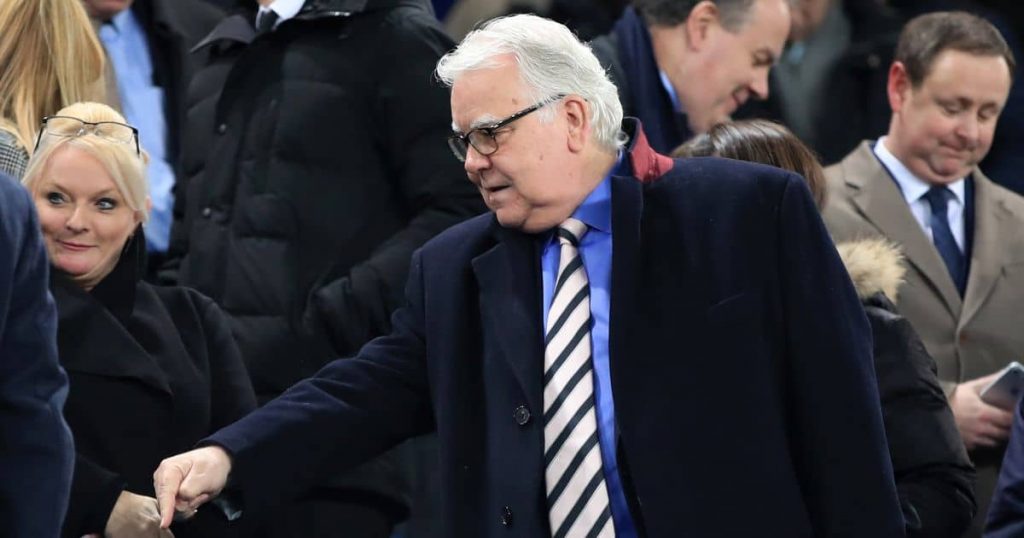 The future of Rafa Benitez is now high on the agenda after reports Everton chairman Bill Kenwright has called an emergency board meeting for Friday night.

Benitez was a controversial choice to replace Carlo Ancelotti in the Goodison Park dugout. But a solid start to the campaign seemed to appease the Toffees’ faithful. The Merseysiders won four and drew two of their first seven top-flight games to sit fifth in the standings.

However, things have taken a turn for the worse since then, with six defeats and draw in the next seven outings. They have now slipped to 14th in the table and are just five points above the relegation zone.

But Everton owner Farhad Moshiri backed the Spaniard on Thursday and suggested he is in no danger of the sack.

“Football is about crisis one day and glory the following day,” he told talkSPORT. “Rafa is a good manager and underperformance is largely due to the injuries. (Over the) next two weeks, we will get to a full squad and, in the meantime, results will improve.

“Rafa needs time to have his mark on the squad. He will be supported to add depth to the squad. Managers need time. I have no doubt that we will have a strong second half to the season.”

However it seems as though not everyone in the upper echelons of the club agrees. And The Mirror are reporting that Kenwright has summoned the powers-that-be to the club’s Finch Farm training ground on Friday night.

Director of football Marcel Brands has flown back from the Netherlands where he had been spending time with his family. Moshiri is set to return to the city from the US this weekend ahead of Monday’s visit of Arsenal.

Crunch time for Everton and Benitez

Benitez may have support in high places at Goodison Park but that might change after the next few games. Following the Gunners clash, the Blues face Crystal Palace, Chelsea and Leicester City  in the run-up to Christmas.

Things do get slightly easier after the festivities, with Burnley and Newcastle United on the horizon. Results will determine everything and whether the former Liverpool chief is still in charge after December 25.

Everton will hope to strengthen the ranks in the new year. But he knows it is targeting the right stars that is key.

“January is a difficult window and there are not too many players available,” said Benitez. “But when you have money to spend, you have to do it properly.”

READ MORE: Damning verdict on Benitez and ‘it will only get worse,’ says former Everton man