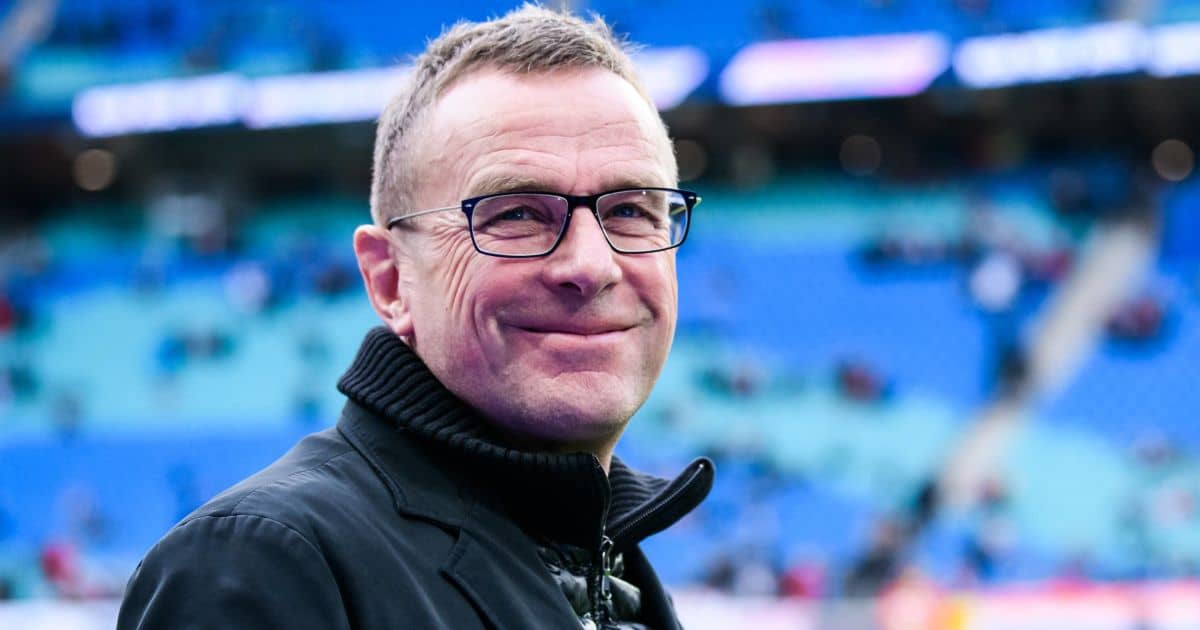 A former assistant of new Manchester United interim boss Ralf Rangnick has given a hint about the types of players he will look to sign at Old Trafford.

Rangnick can finally get his teeth into his latest role, following the delayed approval of his work permit. Indeed, United confirmed his arrival on Monday after previously holding talks about a move there.

The German in fact held his first press conference as Red Devils interim boss on Friday morning. In one particular highlight, he namechecked Liverpool counterpart Jurgen Klopp and his fellow countryman’s remarkable progression at Liverpool.

However, he does not have long to wait – although the fixture list would say otherwise – until he can make alterations to United’s squad in the January transfer window.

Rangnick has worked wonders with transfers in previous roles at RB Leipzig and RB Salzburg. Before then, though, he helped Schalke and Hoffenheim develop in Germany.

His former assistant at Hoffenheim, Rodrigo Costa, spoke of his admiration for the German’s diligence over transfers.

“He left Germany to see a player who was in the second division, so you can see how demanding he is.”

Costa added: “He sends the scouts, but the final word is his because likes to see players in person. He has an amazing eye.”

The Brazilian went on to reveal that Brazilians and South Americans are some of Rangnick’s favourite signings.

In fact, he has in the past looked at Gabriel Jesus and Gabriel Martinelli. The pair are now established Premier League stars for Manchester City and Arsenal, respectively.

“I remember that one of the times he came to Brazil was to follow Gabriel Jesus at Palmeiras,” Costa said.

“He wanted to take Jesus, but it was very difficult because of the money. Then he scouted Martinelli, who was at Ituano and now plays for Arsenal.

“Ralf worries more for about tactics and application in training and games than for talent, but he loves Brazilians and South Americans. There were always some at the clubs he worked for.”

In tandem with Rangnick’s arrival at Old Trafford, caretaker manager Michael Carrick has left the club with immediate effect.

He announced his decision after United’s 3-2 Premier League win over Arsenal on Thursday.