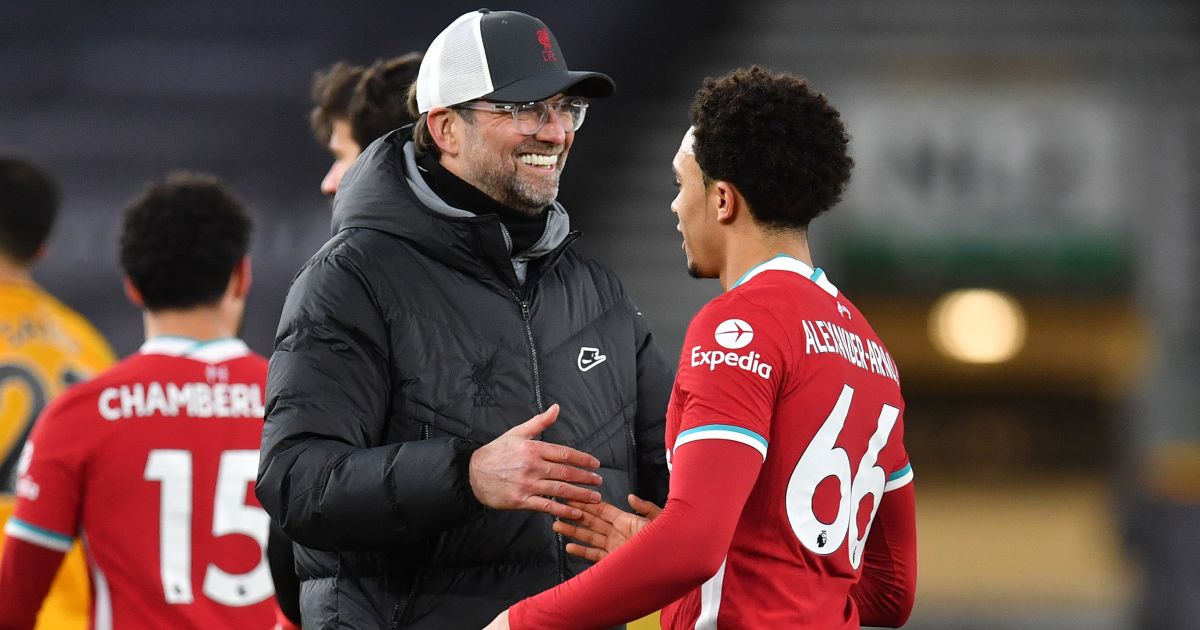 Liverpool manager Jurgen Klopp has claimed that the 3-2 defeat to West Ham in November was the only turning point his side needed to spark their current fearsome form.

The Reds have enjoyed an impressive run either side of the loss at the London Stadium. Indeed, the defeat in the capital remains their only one of the season in all competitions.

On Wednesday, Liverpool became the first English top-flight team to score two or more goals in 18 consecutive matches in all competitions.

However, their goalscoring prowess has enjoyed more of the spotlight since the November international break.

The Reds went into it with the 3-2 defeat to West Ham. Since then, they have scored 14 goals and conceded only once in four matches. According to Klopp, that run is a product of his players’ reactions to a rare poor result.

“We didn’t really re-energise [after the international break], it was an intense period,” Klopp told a press conference. “For the players, they had important games to play, finals to qualify for the World Cup.

“What helped most was the defeat at West Ham. Unfortunately, we are human beings and, as human beings, we can get a knock to really understand what is necessary.

“I would love to say it was the last defeat, there could be some others coming up and we try to avoid that. But it helped a lot because the game at West Ham was a very good example.

“That we conceded two goals from set-pieces is not good, but with the quality of West Ham it can happen. The problem was we gave West Ham too many set-pieces.

“Set-pieces happen if you don’t defend as a unit really well. This was one of those games where it was really clear what was the reason for losing. Not the offensive part of our game, but the defensive part. We all know we can only win consistently if we defend at the absolute highest level.”

Liverpool are therefore the favourites going into Saturday’s clash away at Wolves. Bruno Lage’s side have kept three clean sheets in a row but only scored one goal in that time.

Nevertheless, Klopp warned that the Portuguese coach has impressed since taking charge in the summer.

Reflecting on Nuno Espirito Santo’s exit at the end of last season, Klopp said it was “not so easy” for Lage to step in after his fellow countryman’s long spell there.

“They have counter-attacks, but they have technically good players. [Ruben] Neves is available again, so to get him with [Joao] Moutinho is a proper, proper midfield.

“Whoever then plays on the wing [and] I’m really happy for [Raul] Jimenez. It’s a really good team who are really difficult to play. They are famous now for not conceding a lot and not conceding shots on goal. We have to be creative.”

The post Klopp reveals ‘what helped most’ as insight given into rebuild of stunning Liverpool form appeared first on TEAMtalk.