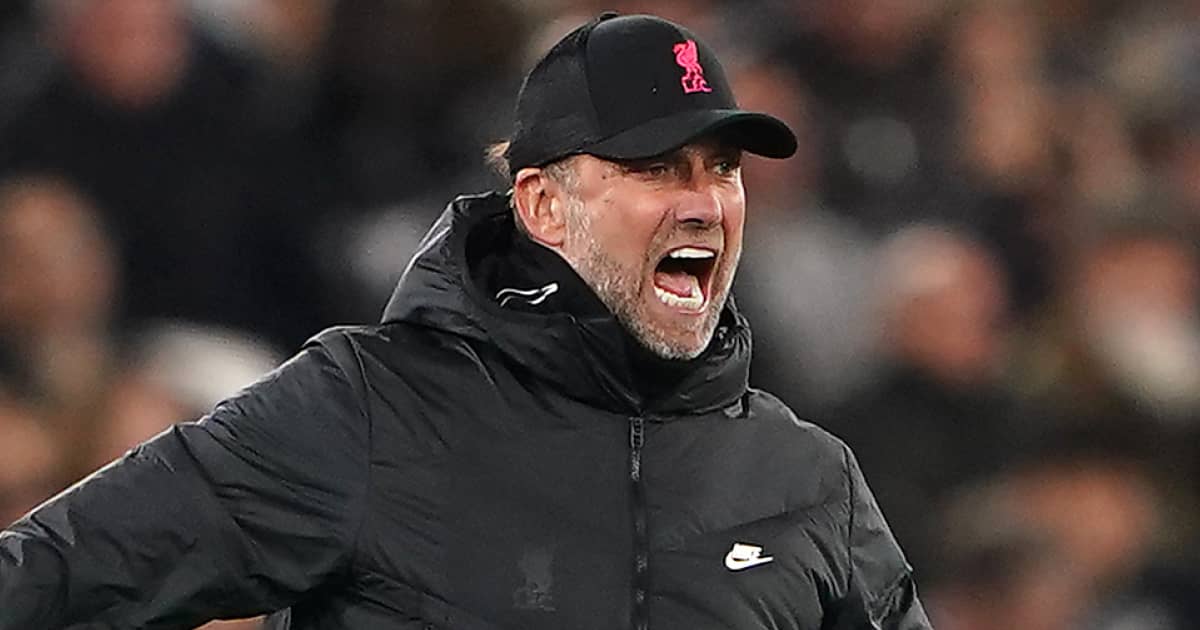 Liverpool manager Jurgen Klopp has admitted that it would be “great” if Manchester City or Chelsea slip up in the Premier League title race.

The trio of clubs were earmarked before the season began as the firm title contenders. While City are the reigning Premier League champions, Chelsea proved their credentials last term by winning the Champions League.

Liverpool lack the same level of depth as their rivals in some areas. However, their starting cohort of players has stuck around following their 2020 league triumph.

The pre-season predictions have so far rang true after 14 games of the campaign. Chelsea sit top but only two points separate the Blues, City and third-placed Liverpool.

Furthermore, there is then a seven-point gap to nearest challengers West Ham.

Klopp replied when asked if it is already one of the best title battles: “Is it already a title race? It’s a very good, highest-quality league. Honestly, it’s unbelievable how good you have to be to win a single game in this league.

“That we are around there, that’s our target. You cannot win the league in November or December. You can lose it maybe, but you can’t win it.

“So you have to be around, you have to keep contact. We are there and that means we have to chase everybody, each player from each team in all directions pretty much.

“We have to make sure that we are one goal better in pretty much all the games and that’s a challenge.”

While Thomas Tuchel’s appointment as Chelsea boss in January has inspired their title credentials, Liverpool and Manchester City have been title rivals since the 2018/19 season.

City won it in 2019, edging 97-point Liverpool out by a point. The Reds then turned the tables by romping to top-flight triumph in 2020.

Klopp admitted that while he is for now not focusing on his rivals, the time will come to sit up and take notice of their results.

“I can’t see it already as a title race, but it’s exciting,” the manager said. “It’s not like we look at it now and say that never happens in the past. Everybody knows I watched the Leicester game against Man City [in 2019] and [Vincent] Kompany scored that screamer.

“It’s not that I watch City and Chelsea games now and think, ‘it would be good if they lose’. Most of the time I don’t even know if they play, but it will happen in March or April.

“That would be great and would mean we are still around, but between now and then there are an awful number of games to play. Let’s focus now on the next one.”

Liverpool face Wolves at Molineux on Saturday looking to build on another four-goal haul in Wednesday’s Merseyside derby.