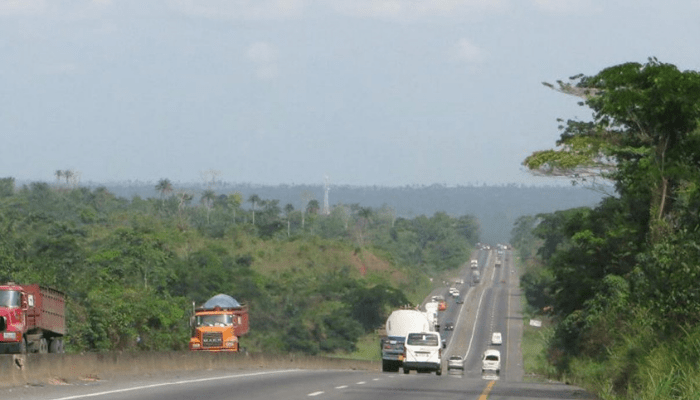 As part of an effort to prevent incessant auto crashes and the attendant loss of lives at the Ijebu-Ode axis of Epe highway, Ogun State Government has begun construction of an interchange at Epe junction to ease traffic gridlock, improve vehicular movement and curb motor accidents on the expressway, especially during the Yuletide seasons.

The construction of the interchange which terminates the 42km Lagos-Epe-Ijebu-Ode highway constructed by the Dapo Abiodun-led Ogun State Government is expected to last for 12 months, but work is being expedited to ensure that South-South and South-East-bound vehicles don’t experience hindered vehicular movements during Yuletide.

Speaking during inspection tours of some capital projects in preparation of President Muhammadu Buhari’s visit to Ogun State in December, Ade Akinsanya, Commissioner for Works and Infrastructure, explained that “the flyover (interchange) when completed, will put an end to head-on collision by the motorists travelling on the Ijebu-Ode-Epe road with their counterparts on Sagamu- Ore-Benin expressway”.

Akinsanya, who was in the company of some members of Nigeria Society of Engineers (NSE) and Nigerian Council of Registered Engineers (COREN) at the tours, noted that the 42km Ijebu-Ode-Epe-Lagos road used to be the major artery between Ijebu and Lagos State via Epe during the old Western Region of Nigeria but failed due to neglect over the years but it was reconstructed by Dapo Abiodun-led Administration.

While explaining that the Ijebu-Ode-Epe-Lagos expressway is 90% completed and flyover is under construction across the Sagamu- Ore-Benin highway at Epe junction corridor of the expressway, stated that President Muhammadu Buhari is being expected to visit Ogun State in December to inaugurate some capital projects, especially road and housing projects, executed by Governor Dapo Abiodun.

Also speaking on the tour of construction sites, Olanrewaju Apampa, Immediate Past Chairman of Nigeria Society of Engineers, (NSE) Abeokuta Branch, said that the road construction is of high quality and when completed, it will drive rapid socio-economic growth and development of both Ogun and Lagos States, pledging supports of the Society for the construction of roads and flyovers across the country.

BusinessDay reports that the features of the Ijebu-Ode-Epe-Lagos expressway include street lights, lay-bys, security post,s and toll points at the entrance from Ijebu-Ode to Epe and one other situating between the boundary of Ogun and Lagos State where tolls are expected to be collected from the road users for the road maintenance.