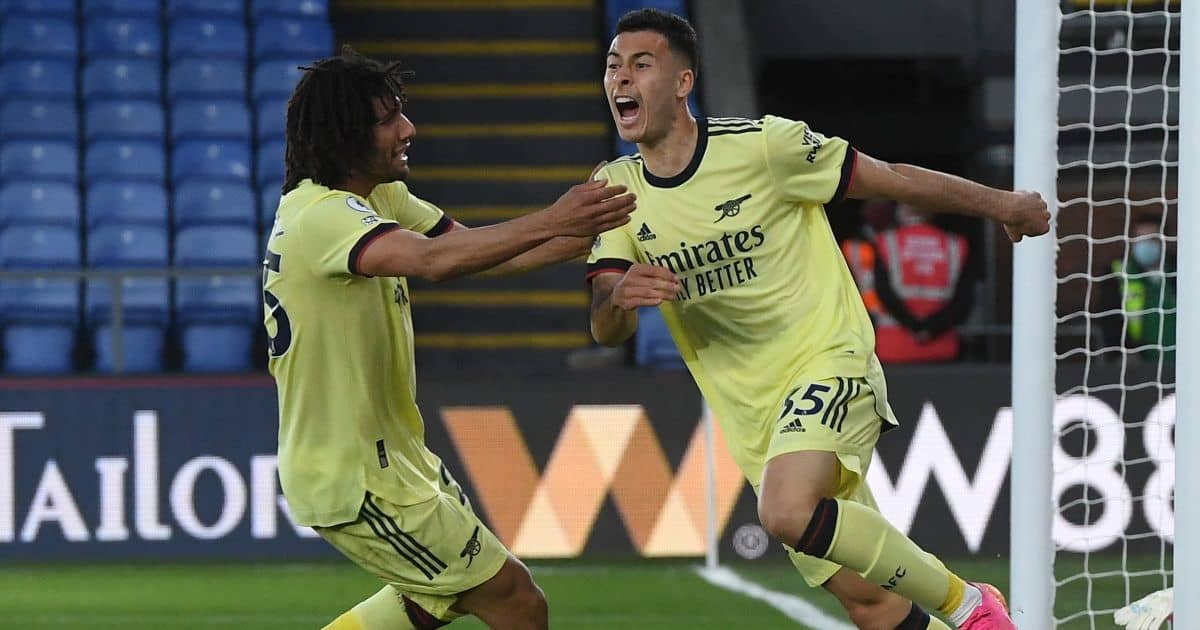 Arsenal have put reported Liverpool target Jonathan David on their transfer radar as an alternative target to Dominic Calvert-Lewin, according to a report.

Arsenal enjoyed a solid summer window, the benefits of which are now clear to see. Indeed, Takehiro Tomiyasu and Ben White have developed well after slotting into the back line.

However, the only area Arsenal did not address is their front line, which is fast becoming a priority issue. At 32, Pierre-Emerick Aubameyang is not a long-term option, while Alexandre Lacazette is looking increasingly likely to leave at the end of the season.

As such, reports on Friday claimed that Arsenal are looking at Everton striker Calvert-Lewin. The England international, 24, would reportedly cost £60million.

Amid the steep price tag, though, the Evening Standard has claimed that the Gunners have also scouted Lille man David.

The 21-year-old initially made his name at Gent in Belgium but made the move to France in 2020. While he scored 13 goals in 37 Ligue 1 games to help Lille to the title last term, he is now in an even richer vein of form.

Indeed, after 10 strikes in 16 Ligue 1 matches this time round, Arsenal transfer chief Edu and Liverpool have reportedly taken notice.

Reports citing Liverpool’s interest claimed that his value currently stands at €35million (£30million) – half of what Calvert-Lewin would cost.

However, that fee could soon increase if Lille qualify for the Champions League knockout stages. They sit top of Group G but only three points separate them and bottom side Wolfsburg ahead of their meeting next Wednesday.

In other news, Saudi Arabian club Al-Ittihad have supposedly opened talks with Mohamed Elneny over a winter transfer.

The Egypt international has enjoyed a resurgence under manager Arteta following a struggle for game time under his predecessor Unai Emery.

However, with the arrival of Thomas Partey and Lokonga to Arsenal, he has faced more of a battle for minutes.

As such, Al-Ittihad have supposedly sensed a transfer opportunity.