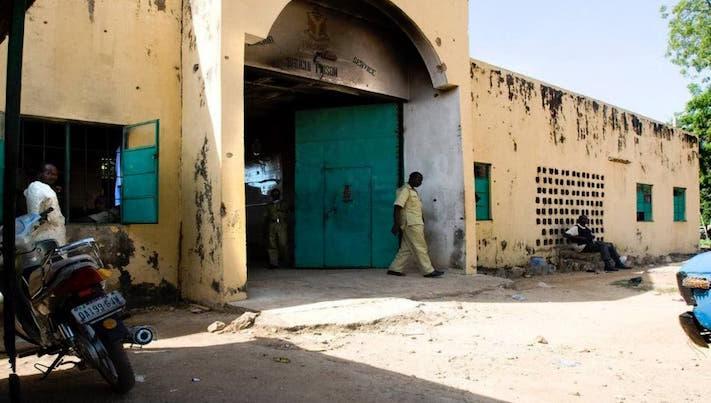 OUR national conversations would have been more accommodating, more purposeful if we understood that matters around cattle were sacred, settled, not suitable for public discourse. We have been at this for more than six years yet many of us have grossly failed to realise the importance of cattle to Nigeria.

Cattle define us. We miss the point about cattle when we debate it, a sheer waste of time that gets us nowhere since the cattle journey has almost been concluded. If the journey seems abandoned to you, you are among those who have fallen for the ploys around cattle.

When cattle stray into conversations, people are most likely to moderate their position to align with the proper protocol for discussing cattle. It is almost the same effect when cattle invade farms.

Last week, we felt assaulted, insulted by the latest invasion (hopefully, there won’t be another before you read this) of a prison, euphemistically called correctional centre these days. Jos Prison was compromised. Cattle rustlers were involved.

Suspected cattle rustlers from Barkin Ladi Local Government Area of Plateau State have been identified as those who attacked the Jos Correctional Centre, the Head of the facility, Samuel Aguda said.

Read Also: Coro is still waxing & A taxonomy of our looters, rioters and arsonists

What does a prison have to do with cattle rustlers? Were cattle reared in the facility? Did anyone imprison cattle? There were no explanations for cattle rustlers – thieves whose specialty is stealing cattle – to have taken all the risks in invading a prison in daylight. Jos Prison is located in an area that should give it additional security. It shares the neighbourhood with other security agencies who are in such proximity that the invaders should have known their mission would have been futile. The Prison is not in the woods or a rural area.

Yet they came. By official accounts one prison official died, nine inmates were killed, six were fatally injured, 252 inmates escaped and 12 were recaptured. “The attackers who stormed the Custodial Centre engaged the Nigerian Correctional Service armed squad personnel in a fierce gun battle before breaking into the yard. Sadly, one of the Armed Squad personnel paid the supreme price in the encounter while nine inmates also lost their lives.

“The attackers were suspected Fulani cattle rustlers from Barkin Ladi, some of the inmates took part in attacking us because they gave them rifles from our armoury. We have learned one or two lessons from this incident, we want to assure that this will not happen again,” Mr. Aguda said.

Has the matter ended? Hasn’t it? The least we can do is ask questions. How did Mr. Aguda know that the invaders were Fulani cattle rustlers? And he also knew that they were from Barkin Ladi? What were their interests in the prison that led to the escape of 252 inmates?

It would appear that what happened in Jos was a jail break with some outsiders helping their colleagues or raiding the prison for arms. Why it is more important that cattle rustlers were responsible for the raid than an emphasis on the magnitude of their crime is a bit baffling.

The attention of the authorities is not on how the cattle rustlers were able to achieve their aim. We are being regaled with stories about cattle rustlers breaking into the prison as if that was permitted. Who were their collaborators?

How were armed criminals able to evade security checks at the prison? They were seen as visitors. Is it the practice to throw the gates of the prison open to visitors? Attacks at other prisons were at night when security was not at its optimum. One would expect that there would even be more security at night.

None of these assumptions and questions provide the answers to a successful invasion of the Jos facility. The attack was successful enough for the invaders to add some of the prison’s armoury to their own arsenal. The mention of the fact that the prison’s arms were distributed to some inmates to join the attack pushes an explanation that the cattle rustlers were on a mission to free their colleagues.

What could explain their effrontery to execute the attack, a shouting distance from where other security agencies had their offices and barracks?

There are still no answers. The naming of Fulani cattle rustlers as the invaders creates the impression that nothing would be done about the matter. We know who committed the crimes. We know where they live? That is what the Nigeria Correctional Centre in Jos seems to say. Are you impressed?

It added that it had learnt lessons from the incident and promised there would be no repeat. What lesson could have been learnt? Were the lessons not available in jail breaks in Oyo on 23 October 2021, Owerri, Easter Sunday, 5 April 2021 and Jos in September 2021 when five inmates escaped? What was new about the Jos jail break if not the introduction of Fulani cattle rustlers as the culprits?

Did the authorities take any measures to improve security around prisons after the attacks in Owerri, Oyo, and the earlier one in Jos? Is anyone aware of the logistics entailed in cattle rustlers successfully attacking a prison?

Is it difficult to know that the invaders wanted to free their colleagues? Was that not discernible from the profile of the inmates? Should Nigerians not know that some of those held in the prison could have been involved in the disturbances in Barkin Ladi?

The only thing impressive about the invasion of Jos Prison is that from the official statement, the invaders are known. What is disturbing is that the authorities issued that statement as if that was the solution to the matter.

Are we in pursuit of the attackers? Are cattle rustlers absolved of the consequences of their actions – prison break, killings, and theft of arms belonging to the Federal Republic of Nigeria?

Cattle rustling may not be an offence that would hold the attention of the authorities but they should note that the attack of a prison, the deaths the operations caused and theft of arms of the people of Nigeria, are punishable offences that should not be swept away at the mention of cattle.

.Isiguzo is a major commentator on minor issues