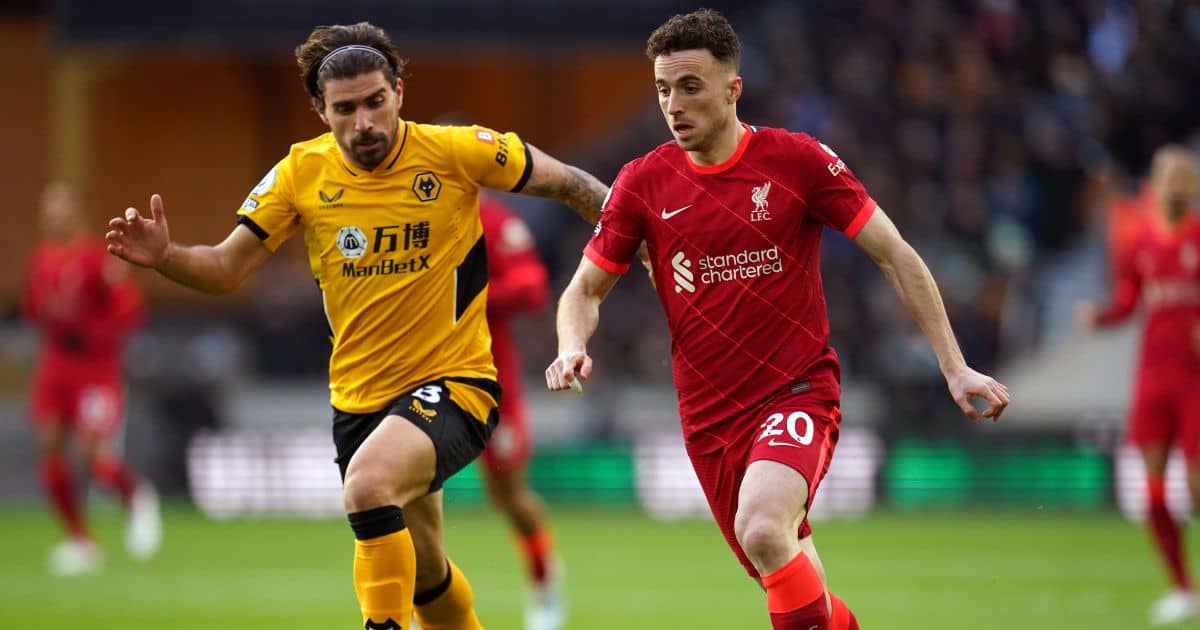 A last-gasp winner from substitute Divock Origi ensured Liverpool moved to the top of the Premier League with a huge 1-0 victory over Wolves.

Wolves were organised in the first half, but Liverpool still had the better opportunities. Mohamed Salah, Trent Alexander-Arnold and Diogo Jota could all have opened the scoring.

As Liverpool searched for a second-half winner, so Wolves’ counter-attacking threat came to life and the game subsequently opened up at pace.

It looked as if Wolves were going to stop Liverpool scoring for the first time in the Premier League this season. However, Origi popped up after four minutes of added time to ensure they capitalised on Chelsea’s 3-2 defeat to West Ham in the early kick-off.

Liverpool had scored 14 goals and conceded only one in four games coming into Saturday’s clash at Molineux. However, the ugly 1-0 win sent manager Jurgen Klopp into ecstasy in equal measure.

Both sides got stuck in from the off, as Fabinho and Ruben Neves clashed and hurt themselves immediately after kick-off.

Salah, who came into the match with 19 goals in 19 games, was lively and he both won and lost individual battles with Rayan Ait-Nouri on the right flank, the Wolves man excellent throughout.

But Wolves were organised at the back in the opening stages and made life hard for the visitors. Up the other end, Adama Traore had a cross blocked before Raul Jimenez shot high and wide.

After that chance, Liverpool stepped it up a gear. Thiago Alcantara floated the ball across to the right, where Trent Alexander-Arnold was free and volleyed a great chance over.

Working it this time to the left, former Wolves man Jota got above Nelson Semedo and headed Alexander-Arnold’s cross wide. Salah was then about to tap in Andy Robertson’s cross but Max Kilman pressured the forward excellently.

Indeed, Traore struggling to hold the ball up did not help.

The one time the Spain international did keep the ball and move it on, it ended with Reds goalkeeper Alisson clearing a dangerous low cross.

Lively start to second half

Both sides were straight out of the blocks in the second half. Jota, Salah and then Sadio Mane were all involved in a one-touch move which Mane could not convert.

Up the other end, Traore got past Virgil van Dijk well but team-mate Hwang Hee-Chan could not convert.

Like in the first half, Liverpool reacted to that pressure. It was pinball from a corner, Raul Jimenez blocked an effort and then Thiago forced a save from goalkeeper Jose Sa.

However, Jota then had the biggest chance of the half. He nicked the ball off Romain Saiss and had the chance to score, but Conor Coady made a fantastic clearance on the line.

That chance saw the game and both sets of fans explode into another gear. Traore got involved more and forced challenges from Fabinho and Robertson, for which both Liverpool men received yellow cards.

Ait-Nouri made more crucial contributions to deny Liverpool while Alexander-Arnold fired a shot over that was always rising.

Wolves’ counter-attacking threat dwindled and they sat back in the final 10 minutes as Klopp’s side dominated.

Mane and Salah had shots saved by Sa, but the goalkeeper was eventually beaten by Origi. Van Dijk fed the ball to Salah, who got it to the Belgium striker.

Origi took a touch, swivelled and then fired the ball into the net from close range. Klopp went wild on the touchline, but it was heartbreak for Wolves, who had done so well to keep the Reds’ firing forwards at bay.