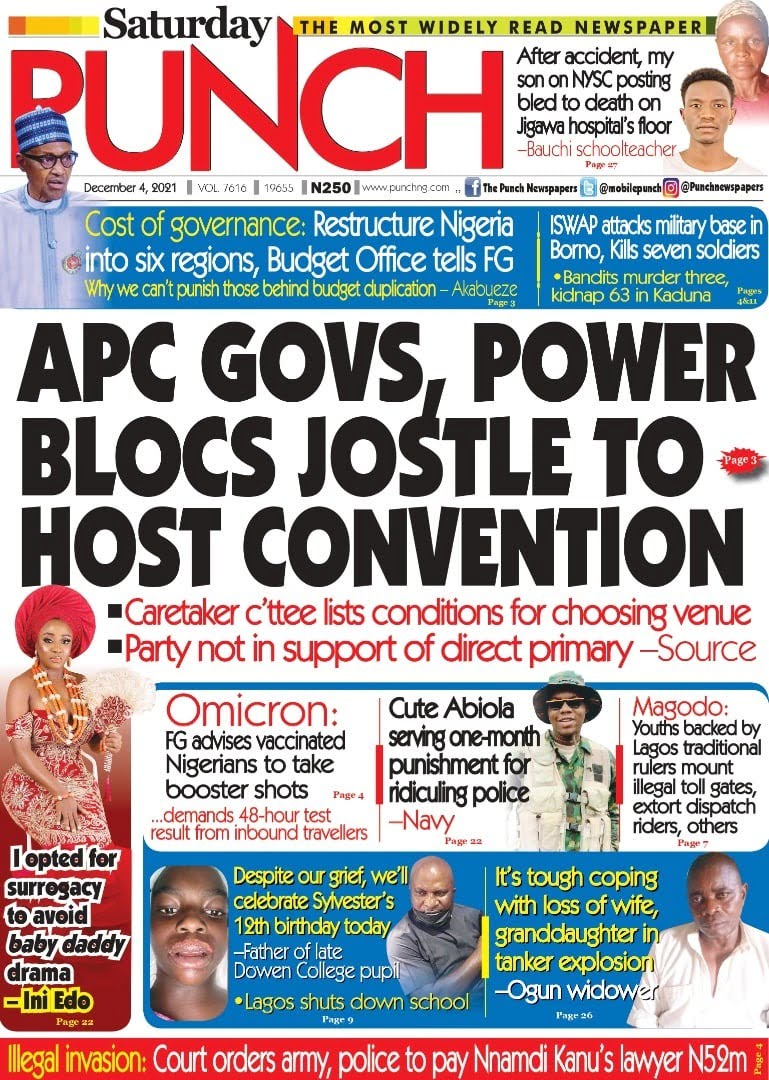 Governors of the ruling All Progressives Congress are currently jostling to host the party’s national convention slated for February 2022, investigations by Saturday PUNCH have revealed.

As COVID-19 continues to ravage humanity across the world, Minister of Health, Dr. Osagie Ehanire has stressed the need to strengthen Nigeria’s health security architecture to ensure that the nation is prepared at all times to detect and respond effectively to new variants and other epidemics. The Guardian reports.

A storm has broken out over the death of Sylvester Oromoni, a 12 year-old student of Dowen College, Lekki, Lagos on Tuesday.

While the family is alleging foul play, the school authorities claimed the boy got injured playing football. The Nation reports.

According to Daily Trust, a request to reopen Madobai Primary School was submitted in mid-November to authorities in Kankara Local Government Area of Katsina State

Governor David Umahi of Eb­onyi State on Friday denied his rumoured plan to return to his former party, the People’s Dem­ocratic Party (PDP), one of Saturday Independent says.

Tribune reports that Parents of protesters allegedly shot dead at Lekki Toll Gate in Lagos on October 20, 2020 during the nationwide street demonstrations against police brutality have engaged leading lawyer, Mr Femi Falana, to fight their cause.

Thank you for reading, that all for today, see you again tomorrow for a review of Nigerian newspapers.